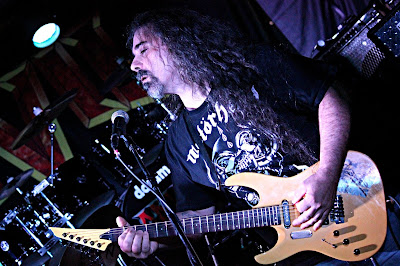 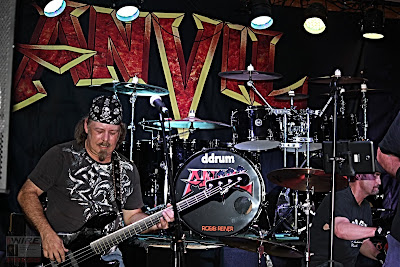 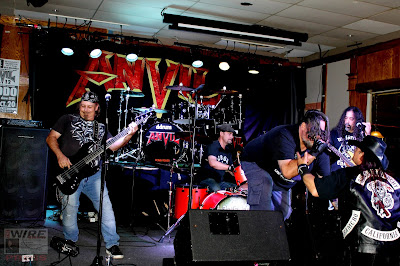 his vocal abilities ranging from a deep heavy baritone with tenor tendencies into raspy guttural growls and metal screams that define the original Demolition Rage sound.  Their impressive set list focused on songs from their 2 albums 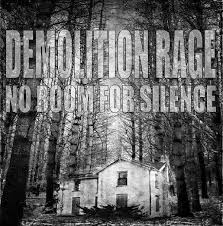 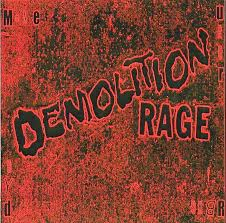 Murder by Numbers and No Room for Silence showcasing their Cast Iron Bitch, Chemical Burn, Murder by Numbers, Run For the Fence & their power trio hit Crystal Drink.  They surely gave you A Taste of Hell while their music was Growing Deep Inside the audience as they all participated in certain timed middle finger salutes throughout the piece & DR closed this explosive set with crowd favorite Jack of Shadows. 3rd Album is in the works, with a 2019 release so you will wanna stay tuned for their authentic, genuine euphoric charge upon the metal scene. 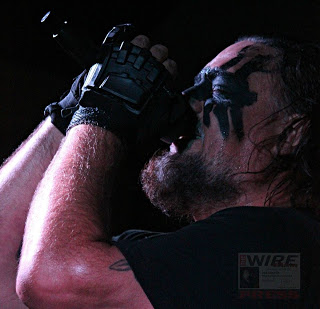 Welcome onboard the Demolition Rage train Christopher Bennett, what a fantastic way to introduce you to our fans!   Stay tuned for tickets and info on their up and coming December show at  www.demolitionrage.com 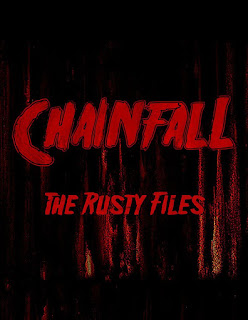 Toronto based CHAINFALL mounted their position laced with pure adrenaline. This 4 piece party thrash band had a groovy kinda speed metal take that included large doses of punk indulgence within their original throbbing & definitive selections The State, Degenerate & Thrash Cannon from their long awaited EP The Rusty Files.
Follow them at https://www.facebook.com/chainfallband 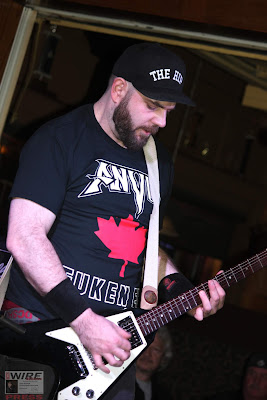 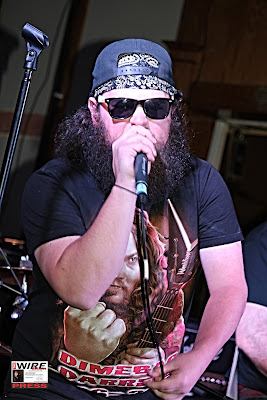 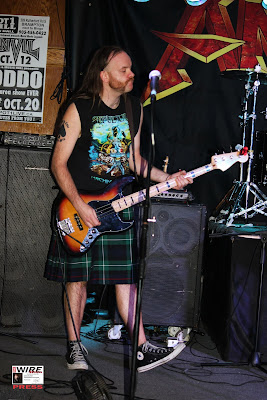 All the way from Cambridge in direct support of ANVIL was A REBEL FEW.  These rockers expressed their complex, well rounded & expansive metal sounds throughout hits Born Again, Empires Fall, Who Knows, Bitter Man and Dyin' Breed just to name but a Rebel Few from their original Album As The Crow Flies.  Keep tabs on this entity at www.arebelfew.com 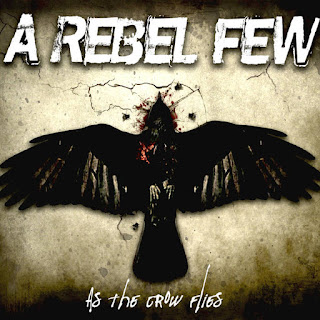 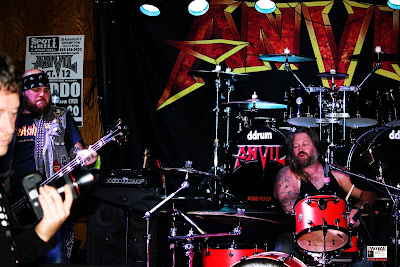 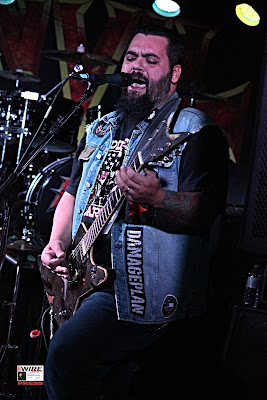 Headliners were none other than Canada's innovators of Metal, the iconic ANVIL.  Captivating & timelessly explosive are words I use to best describe these mighty trailblazing forces.  In show biz for 41 years, 17 studio albums, 1 LIVE album, 3 compilation CD's, a JUNO AWARD, their own movie ANVIL The Story of Anvil & songs implanted in videos games/movies, their own Novel & this power trio is still rockin’ strong.  Steve "Lips" Kudlow, Robb Reiner & Chris Robertson are touring in support of their newest 2018 album Pounding the Pavement & ANVIL kicked off their set with Steve ‘Lips’ Kudlow comfortably smack dab in the middle of the audience, as fans swarmed as Steve performed March of the Crabs. 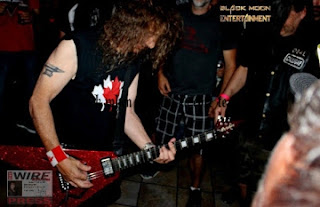 I am utilizing my Aug. 2016 Anvil photo above as the crowd was so thick surrounding Steve this time, I couldn't get near with my camera.


Then Steve rejoins Robb Reiner & Chris Robertson on stage for a fan freakingtastic performance of Metal magic with one Baddass Rock n Roll hit after another.  Bringing us back to the good old 80's days where they pioneered heavy metal hair bands & influenced the careers of many notables including Megadeth, Slayer, Anthrax & Metallica.   These Winged Assassins projected epic & finely calibrated tunes Ooh Baby it was like you were back listening in 1983 to their hard n heavy album Forged in Fire album,  which lead right into 666 from Metal on Metal back in 1982. 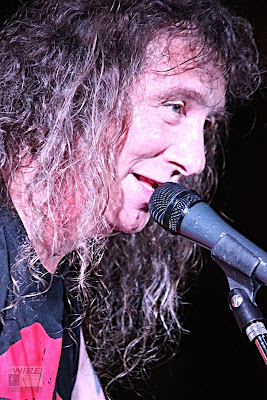 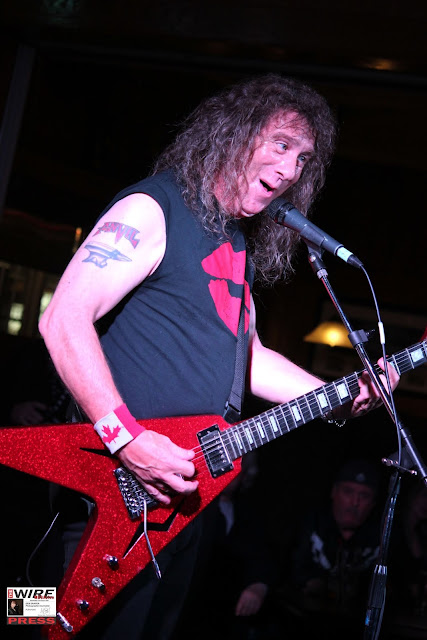 Rivoting forward into their hits from their majestically cerebral albums with brutally exhilorating pieces like Daggers and Rum from their 2016 Anvil is Anvil right into Doing What I Want, Bitch in The Box & Ego from their newest edition to their indepth discography, their 18th Album Pounding the Pavement

Entertainers all the way, adding in another memorable moment as Anvil went into MOTHRA while Steve servicing his guitar with a vibrator-PRICELESS~ 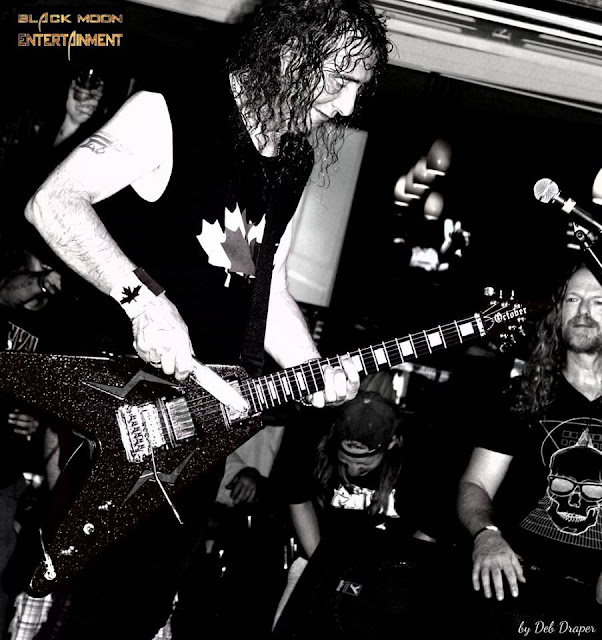 Photo above was taken from my collection of their 2016 Brampton show, as the Oct 12th audience was so thick to the stage, I couldn't get near if I tried.
Anvil showed they are still Running & On Fire (2011's Juggernaut of Justice) after performing non stop round the world for 4 decades.  Steve dedicated their Free As The Wind (2000's Forged in Fire) in memory of Motorhead's Lemmy Kilmister with huge applause & Steve was thrilled for the response & to see Anvil's army singing their hits loud & proud, while at one point Lips conducted the audience. 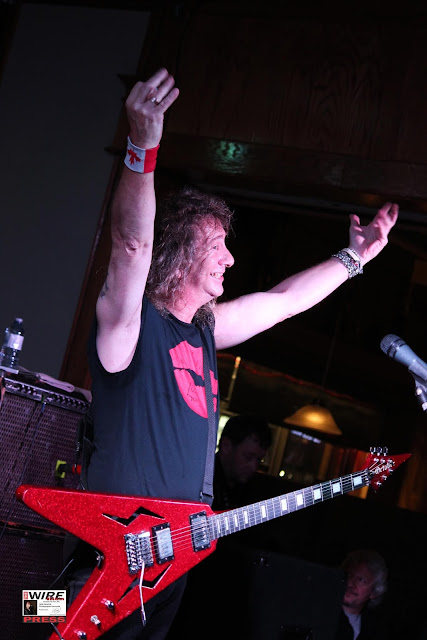 The look of adoration for their fans is evident in Steve's smiles. 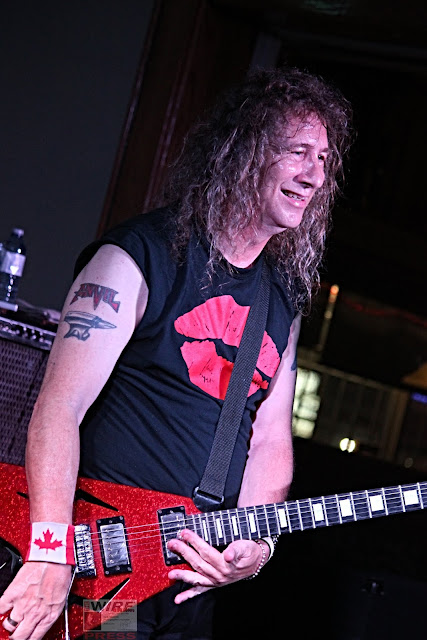 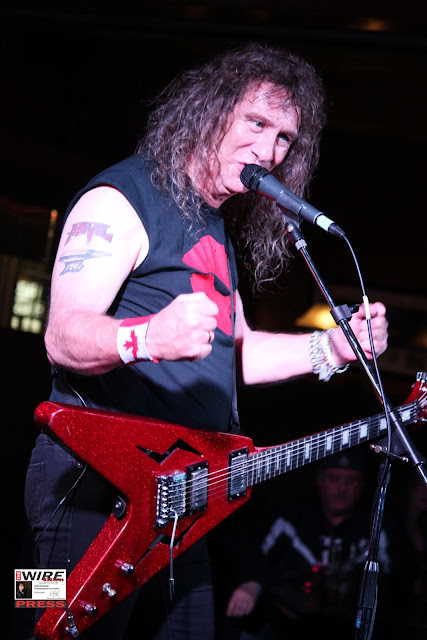 Canada's Heavy Metal Icons-Anvil formed in 1978 between 2 best friends Steve Kudlow & Robb Reiner. They are noted as the first North American band to push the sound & style of the New Wave of British Heavy Metal one step further.  Their musical contributions are very real; they never stop seizing to amaze audiences around the world.  Their fastest songs are some of the earliest speed metal laid, while jazz-trained drummer Robb Reiner sets the bar high for new technical standards for this genre, which have included pioneering the double bass drum technique that's now a staple of much extreme metal everywhere ever since.  One of the hardest & time consuming shots to capture, for me, would be the drummer.  Either always in the dark, in hiding or alllllllll over the map & Robb Reiner was no different, he was working it!  Robb is one of the best drummers in the metal realm and even at 60 he was working it so fast that I was not able to keep up & only managed to capture these three shots.  Robb provided an ageless perfected drum solo, proving age has NO barrier when it comes to creativity & talent, nothing can stand in your way of your dreams & passions, not even turning 60. 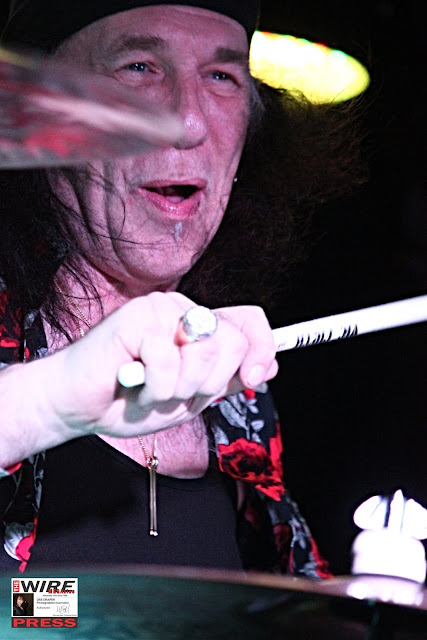 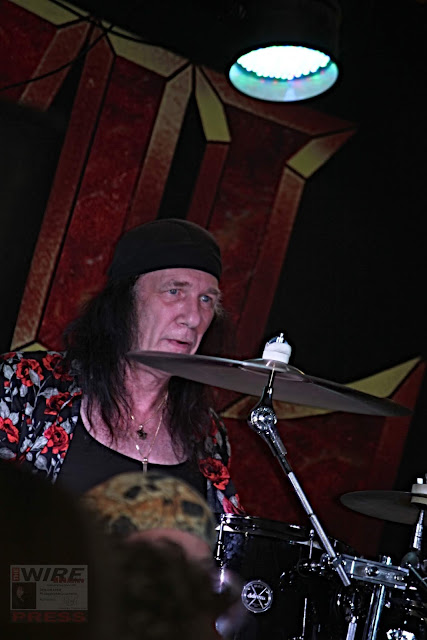 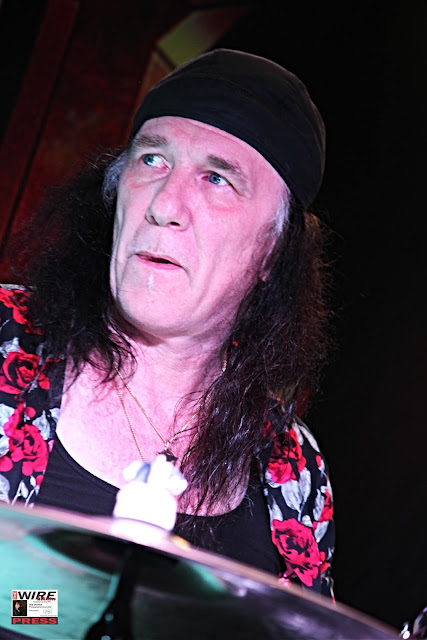 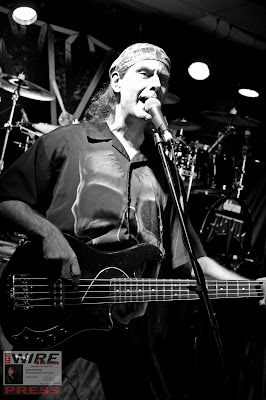 Audience was attentive stayed right until the end & went NUTS when the first chords were struck on the closing original, Metal on Metal.  These gentlemen are Born to Be Wild (Steppenwolf cover they perfected) during the encore & I do believe that this was one of my favorite live up close personal kind of club shows to date.
Stay in tune on future dates like:
London's Normal Jeans Oct. 26th,
Orillia's Geneva Event Centre Nov. 24th

Demolition Rage wished me to add in special thank you's.  Cheers & much gratitude goes out to Jam Chambers located at 40 Le Page Court in North York, just off of Keele Street, for their continued support, rehearsal space & the rental of amps and equipment for this amazing show. 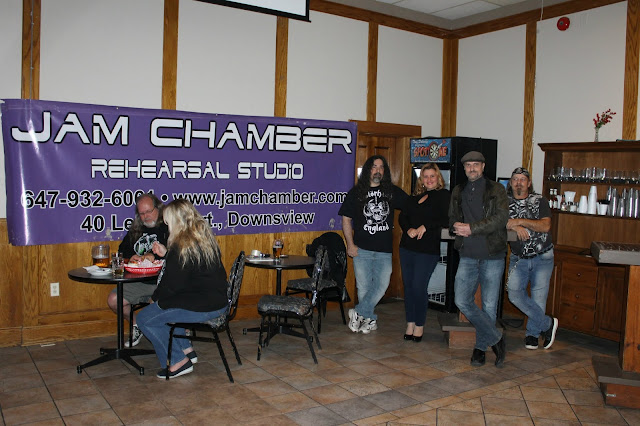