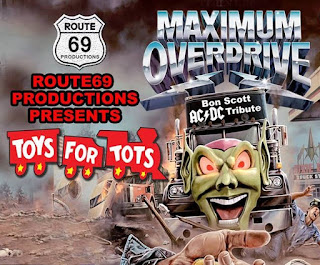 December 7th marked the 7th Annual Toys For Tots, where toys were collected & dropped off at OPP 51 Division Sat. Dec. 15th thanks to Ziggy, all for the less fortunate, in hopes of providing children a fantastic Christmas. 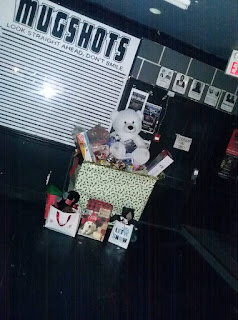 Once again Jane Swierkot (Rocker Jane) raised a whopping $277 working her magic as Miss Santa, posing for personal selfies with patrons for $2/pose.  All her proceeds went to purchase gift cards for teenagers to go along with the mountain of toys.

This event had a stellar lineup thanks once again to John & Heather of ROUTE69 PRODUCTIONS.  Jake Disman, worked his usual magic making the acts sound outstanding, surely rockin the roof off The Rockpile.   Black9 proved to be a rousing showcase of throbbing melodies with an expansive tred, seeping right inside your brain Haunting us into a Fury with their Cruel History.  Totally was a Ride 4 Me thru their Dark of the Night.  Showing that we are all Friends in this rock n roll realm, Nothing to Hold us back from our dreams & to warn us of the Wrong Place this music world can take us too.  They gave a stern warming as well, to Stop Draggin My Heart Around.  Stay in tune at www.black9music.com 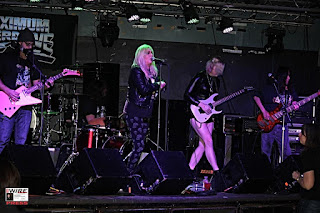 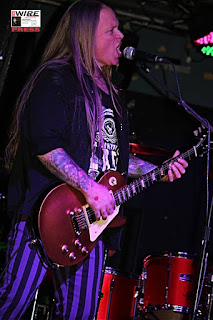 Trigger Sindrome was Groovin like a Symptom of Society with their indulgent sound encompassing a wide variety of genres.  Each time you enjoy their show, it’s never the same, with every subsequent listen, it's like seeing them for the very first time, every time.   They are a very layered, well rounded power trio with finely calibrated guitar-based tunes that leave you inspired & in the rock n roll frame of mind, always sonic.  Their hits D.A.M.M & I Am have great depth & strength, a right Back In Your Face kinda sound.  They never cease to amaze, gifting us with new tunes like What You Did To Me,  allowing bassist Greg Samms to experience his vocal debut.  Though 1 of the newest kids on the rock block, they are picking up speed & increasing legions of fans along the way.  What an empowering sense, a New God in the making if you will. Trip on by www.facebook.com/triggersindrome 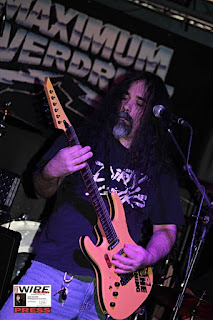 Demolition Rage is a dynamic energy!  Kicking off their set while Adjusting The Pain that was Growing Deep Inside us, proving their hard & heavily rhythmic metal sound is so unique it brings on a Two Faced Smile, letting fans Take It Standing Up.  Cast Iron Bitch, Crystal Drink were my faves from their showcase.  Filled with Fab's skillfully executed guitar, Kevin's thumpin and pumpin acrobatic bass manuevres, blending nicely with the hard hitting stick skills of drummer Cam.  Twas a stellar showcase that got to feature DR’s newest addition, the accomplished & enigmatic extreme metal vocalist, Chris Bennett. Their sublime sound is racked full of complexity that chased off any of our Jack of Shadows.  Best performance to date.  Power up with DR, as 2019 brings phenomenal adventures with recording a 3rd album with videos & so much more.  Get onboard for a mind-blowing return to the Rockpile in March, so stay in tune at www.demolitionrage.com

Maximum Overdrive is Canada’s #1 world class Tribute to ACDC.  They mounted the stage propelling hit after ACDC hit within the Bon Scott era, engaging their turbo charged fans with a bonafide rockin’ great time.  Fans surrounded the Rockpile stage with horns held high in the air with tons of thrashing hair, singing loud & proud.  They transporting you back in time with A Whole Lotta Rosie driving us down the Highway To Hell proving that this thang called Rock n Roll will never die but,
It’s A Long Way To The Top.  www.facebook.com/MaximumOverdriveACDC 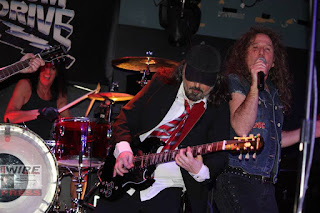 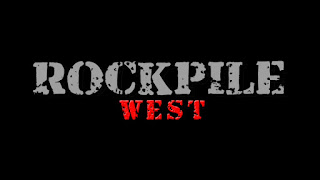 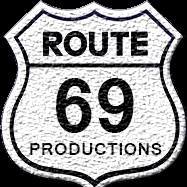 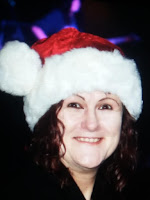 By Photojournalist Deb D of The Wire Megazine www.thewiremegazine.com

The Weber Brothers back by popular demand at a SOLD OUT Toronto's Dakota Tavern.

World famous 5 piece Weber Brothers act presented their indulgent full band sound during another SOLD out mystical performance at Toronto's warm & friendly Dakota Tavern on Nov. 30th.  Fans were lined up down the block early to guarantee that perfect seat to witness the one-of-a-kind genius. They reved us up to be ready for a night of explosive bluesy rockabilly sounds when they let us know they were So Glad to See You & shared 1 of my fave songs Geraldine. 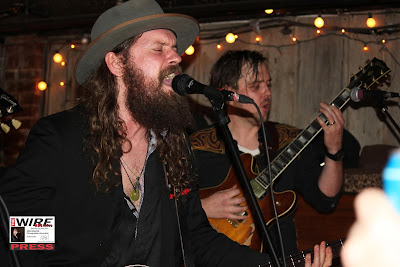 The energy starting out, was Mostly Stable as they shared quite a few songs not yet recorded, how cool is that?  I had no Doubt or Worry that this was the calm before the storm & sure enough, they whipped us into shape Black & Blue, making you Think Again for sitting so far back in the depths of the bar where I was.  The crowds swelled instantly, swallowing the dance floor & surrounded the small stage blocking the audience's view, as all you could see were eyeballs of Rico, Emily, Ryan & Sam.  As always these rockers Risk It All with no Excuses giving us a fan freakintastic sample of their true essence.  Ryan's work out on the stand-up bass left the audience awe-inspired.  They sure know how to Shake It Up while making Love Come To Get You.  Also, Ryan's amatory vocals caught the attention of every gal there as he perfected I'll Be Your Santa Baby.  Blitzkrieg Baby was another ditty that drove the legions of fans into a frenzy but, no Bar Brawl here at Dakota, as it's like being in your own living room amongst family, plenty of good times if only the Walls Could Talk. 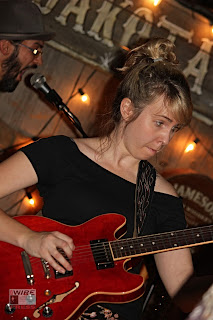 It was a jam-packed evening filled with Easy Lovin music & tons of fans as Emily Burgess got to let loose her extreme gifts on vocals & guitar with Only One In Your Dreams from her debut album
Are We In Love?   WB paid Ode to Leon & reminded each of us, Yes, You Are Mine & for us to Count on Spring.  Before you knew it, the night was over & I was with the audience, chanting more, we want more!!  Encores kept the room throbbin' with 2 more hits including songs from their latest album Patches with their typical Christmas flavor.  There are bands for which Rock n Roll is a lifestyle & then there are bands for which it is life.   The Baddest Band in the Land delivered as promised, leaving us with another epic life-changing memory persuading your moods with their magical musical prescription of happiness, powering you up full of spunk allowing your soul to go from surviving to thriving, all in all, a true blinder. 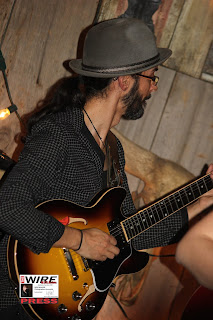 Catch these fresh evergreens in a city nearest you like: Dec.14th in Trenton at The Old Church Theatre as a DUO, or Dec. 15th at McCloskey Hotel in Chesterville or Peterborough's Historical Red Dog on Dec. 21st  for their Annual X-Mas Extravaganza or how about New Year's Eve in Oakville at Moonshine Cafe. 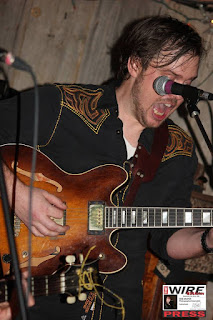 Also, Whitby, look out, they are approaching you Jan. 11th at Music By The  Bay Live & Kitchener, they are rocking your way on the 12th of January at Rhapsody.  I was honored once again to work their merch table, man they have the most unique items at fabulous prices, stop by & check out what's new like Musical Coloring Books, toques, ball caps, Patches in cassette, CD & Vinyl too.   Stay in tune at www.weberbrothers.com

ALL WORDS HIGHLIGHTED BOLD are songs by The Weber Brothers & an album mentioned of Emily Burgess's.

ALL PHOTOS taken & submitted by Deb Draper Volunteer Photojournalist in her 5th year with The Wire Megazine www.thewiremegazine.com now celebrating 30 years in on the music scene in Toronto & all over Ontario.