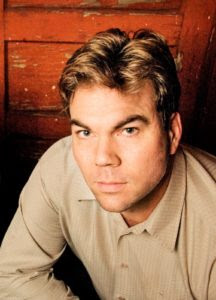 Mark Rosner, Manager of Rosner Management Services​ www.rosnermanagement.com
out of BC, packed up and drove his artists cross Canada on the 2018 RISEUP TV Tour  & Toronto's showcase at Rockpile Bar & Nightclub at 5555 Dundas Street West, featured 12 of Mark's artists from across Globe. 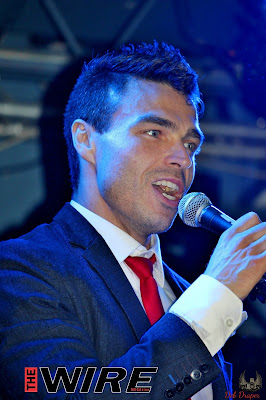 Truly a seasoned veteran in the realm of entertaining, you have to witness his genius magical tricks & his professional showmanship, surely not shy as he engaged the audience. 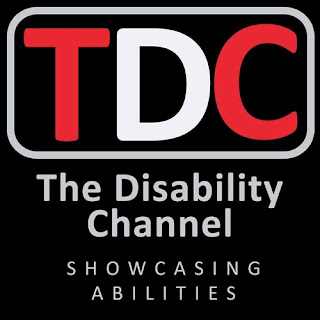 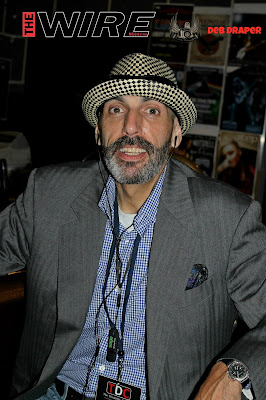 Artists rode RiseUp Tour bus, drove their on car or flew in to meet the tour bus from across Canada, New York, Carolina & Greece.  2nd up, singer, song-writer, instrumentalist, a multi award winner & Minto Country Music Wall of Famer hailed from Riverview New Brunswick.
Her deep & rich alto tones on her original hit "The Last Train" from her album
"The Liberator " reminded me of the talented vocalist Sylvia- of Canadian Country Folk legends Ian and Sylvia Tyson.  Closing her set accompanied by the next artist Simon Henley, she played us a little bluesy country flavoured ditty, reminding me of the old fashioned jam sessions in the kitchen growing up.  Keep up to date on her music at www.carlabonnell.com 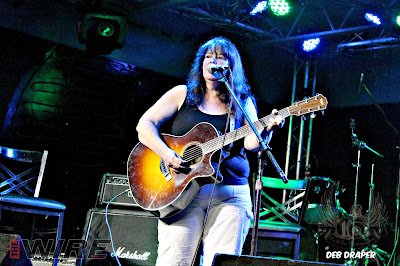 Coming all the way from Quebec was Veteran RideUp Tour's Simon Henley.  Projecting  2 originals "Oh Pia" & " Dear Bipolar" from his full length album " Inside Out" man can he make his guitar sing in any style from folk to rock to classical.  His voice resembles 2 of my favorite musical influences that of Ben Folds & Marcus Mumford of Mumford & Sons stay in touch with Simon at https://rosnermanagement.com/artist/simon-henley 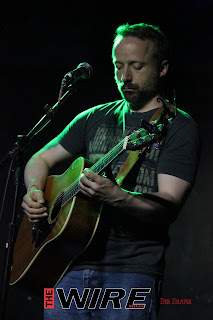 Next to hit the stage, all the way from NEW YORK and CAROLINA!!!!! 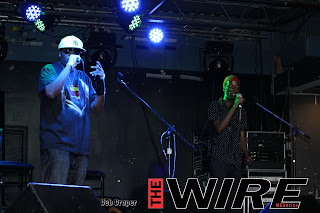 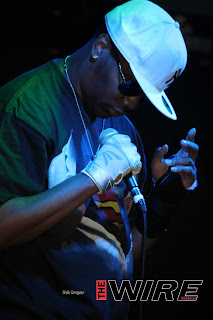 Poetically Contagious took to the stage all the way from New York City & Carolina sharing 2 of their rap originals that were heavily mixed with R & B with a huge dose of Michael Jackson style vocals, stellar set!! Follow them on Facebook
https://www.facebook.com/PoeticallyContagious 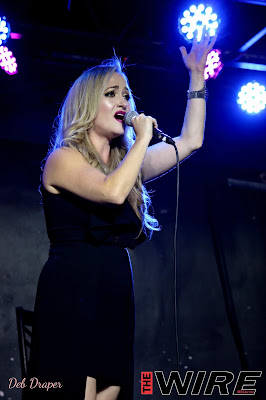 Following was non other then classic crossover singer songwriter & Princess Cruise Line's Tiffany Desrosiers.  All the way from Vancouver, Tiffany has been the only artist on this tour to receive a Standing Ovation, as well, requested encores.  She has stunning vocals comparative to Celine Dion yes, however, I also heard multi Grammy award winning Whitney Houston too.  Tiffany's angelic nature gave her an extremely calm stage presence, that of a seasoned professional. Not afraid to take her craft to stratospheric dimensions like she did on her original song "Fearless" from her "Fearless" Album. Her songs span quite a bit of vocal territory, from alto to the highest soprano & expressed this theory well, as she projected a cover version of "All By Myself" by well known artist Eric Carmen.   Got the crowd dancing with her addictive EDM Pop, stay in tune at https://tiffanydesrosiers.com 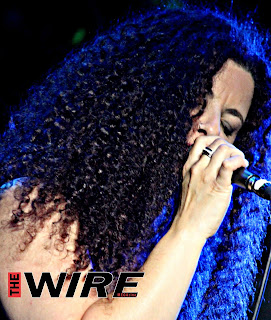 Next up was another amazing SOLO performer, FACTOR CANADA recipient Julie Curly who sang her Flower Power (The Freedom Song) off her newly released 4th album entitled Flower Power Soul who sang strongly with the flare of Janis Joplin. To my surprise & pleasure, sure enough, she blew me away with the sweetest rendition of Janis Joplin's Bobby McGee.  She then sang a beautiful French original "Comme in zebra dans le desert"  from her 1st album 2014 Confessions, totally mind blowing.  She is a Rosner Management's Quebec artist & her band has shared much success on the radio locally in Montreal, thru Ontario to the Eastern Canadian Coast to Belgium.  You will surely what to keep tabs on Miss Curly, visit her at www.juliecurly.com


Next solo artist needs no introduction to our Wire Megazine musical realm, as she is well known in the Peterborough area the last few years performing on Peterborough Live Music Festival, local pubs, fundraisers & 2017's CanCon event hosted by The Wire Megazine's Michael Bell & Wire Awarded Missy Knott.  That's right, she is non other then multi instrumentalist Taylor Merrick.  She surprised me as she engaged us with a perfectly paired cover to match her vocal magic, love love love her fragile butterfly flutter that female artists are perfecting more & more, a sound I adore & audiences are mesmerized by it.   She nailed a luxurious rendition of Billie Eilish's hit "I Don't Wanna Be Here Anymore" with absolutely no instrument in her hands.  She presented a very smooth & sexy R & B version of the Daniel Ceasar's hit "Best Part" while she made those piano keys dance showing her true musical ranges, typical sound I was hoping for from Taylor; however, I was sad that she didn't play guitar as I love her strumming technique too.  Keep in tune with Taylor at https://www.facebook.com/TaylorMerrickMusic. 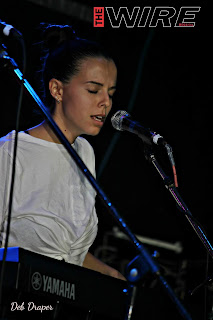 While the next full band loaded up, I participated in tightening the reigns if you will by placing a straight jacket on the host & professional Magician Roger Boucher of Boucher Entertainment as he instructing me to place the straps as tight as can be & it got real warm as my peers cheered me on while I gingerly reached between his legs for the final strap.  In under 1 minute, he escaped to the cheer of the crowd, & let me tell you, I pulled them reigns reallllllll tight.
Wow that was incredible!! 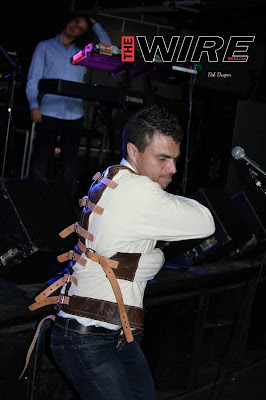 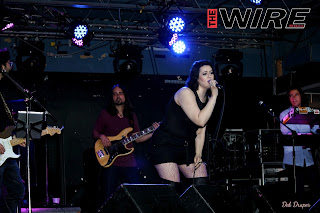 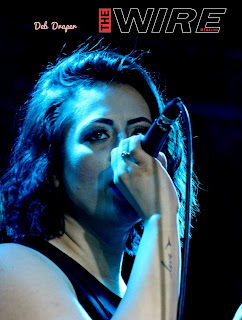 Next up, was Bree Taylor, the ONLY gal on the 2018 RiseUp TV Tour start to finish & she gave her hometown crowd in T.O her full band's outstanding 10th performance with only 2 more shows to go, was very emotional near the end as her mom, family & close friends were front & centre.  The Rockpile dance floor filled up as she engaged us with her dance pop hits "Broken Dreams", "What You're Looking For" & her NEW single "The Feeling" all blended in with 2 popular covers "I'm Not Ready To Make Nice" by the Dixie Chicks & Joan Jett & the Blackhearts "I Love Rock n Roll."   She revved the audience as she invited her best friend & well known artist Nicole Rayy 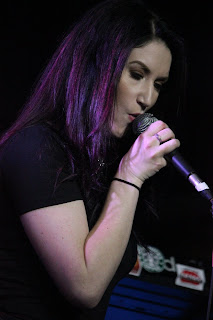 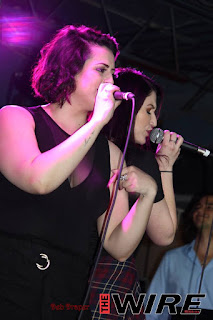 to the stage for an awesome high energy version of Joan Jett. You would not even know she experienced vocal fatique the night before & was not able to appear in Hamilton, truly a stellar set, I am confident your will wanna keep an eye on her, she is going places, get your autographs while you can www.breetaylor.com

Next duo was so unique, better make that a trio if you include their Mannequin.  They played a style of art not quite rap but not quite psychedelic blended in with what I call industrial pop welded together with strong political rock poetry that oozed that 80s techno beat you would hear in any nightclub.  Louis Cyphier & Jason Norwood collaborated to propel their art of deep song.  There 1st original truly reached my soul, I could feel the pain, related easily to the lyrics of their recently released 2018 single "Let Me Die" from their album "Cerebral Warfare."  They exposed a cover of the 70's German act Kraftwerk (who were the 1st successful act of it's kind to popularize electronic music, known today as the innovators & pioneers of this genre).  The Kraftwerk hit that London's Cyphier perfected was The "Wall of Mirrors" a sound so familiar to me, but I couldn't put my finger on it and than bam, yes, I knew it sounded like an early 80s act YAZ together with Marillion.  I want to see them live again, rare that you can connect instantly to an artists magic, click on over to https://rosnermanagement.com/
artist/cyphier 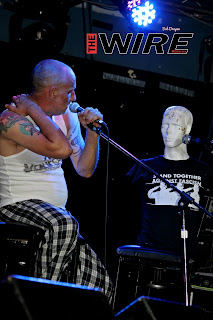 Last act of the night for me was the band I was dying to witness, all the way from GREECE, that's right Maple Run.  This fun 4 piece explosive energy communicated well with the full room, knew how to entertain.  Constantly moving & to their metal pop grind & never missing a beat. This tight act fed us addictive originals from their "House on Fire", "Tour EP 2010", "Live in Belgium", "Restless" & "Partykrasher" albums.  This is a wickedly brilliant act that was accepted into the 2018 Rocklahoma days before the RiseUP TV Tour, but, some glitch in paper work they were not able to attend & yet, their USA loss & our Canadian gain.  Their sound wafts Metallica, meets Stone Temple Pilots amalgamated with the heavy laddened guitar of Bullet For My Valetine.  I wish they were local as I would definately spend the ticket price to see these amiable stage engulfers over & over again, man there was a lot of hair flying & they were not the only ones head spinning.  Their 1st impression was well dealt, you got a new Canadian fan now.  Much success Maple Run & congrats on being Orange Amplification Endorsees, trip on over loud & proud to www.maplerun1.com 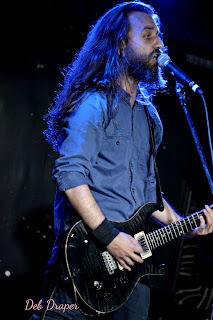 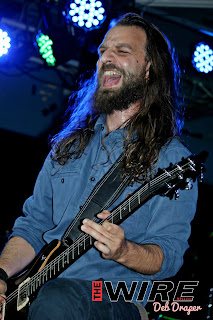 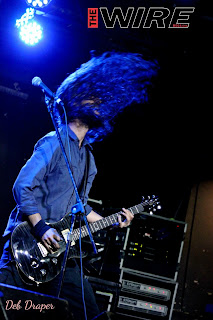 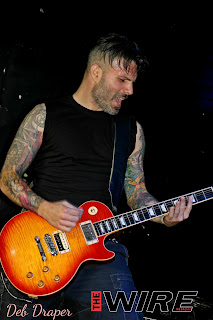 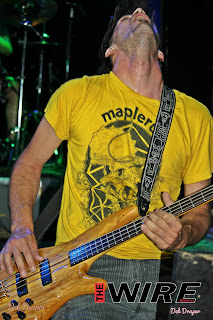 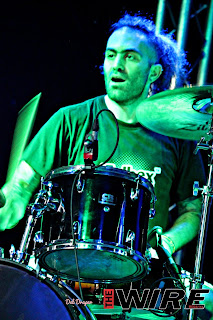 I was truly sad to go as I missed the last 3 performers of the night, Canadian Hip-Hop Artist McClin and His Flow https://rosnermanagement.com/canadian-hip-hop-artist-mcclin-and-his-flow, 3-piece Hard Rock Band GROOOVE www.groooveband.com from North Bay and a band I know, non other than headliners, Toronto's heavy hitters Down The Void.  www.downthevoid.com 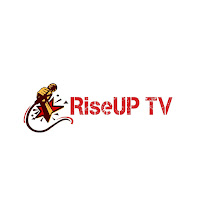 Over all, this night spoke volumes to me.  It was a fabulous showcase of Indie up and comers and veterans destined to be the next music Icon on the horizon.  Not many artists will get the chance to travel the world let alone their own country expressing their essence, let alone with a group of like minded Indie music makers on a trip across Canada making a reality show.  Stay tuned for Rosner Management's release of the compilation CD and the made for TV video release.

A globally distributed TV show, introducing the world to the personalities, sights and sounds of artists from around the world! Coming in the fall of 2018!

Another flawless sound and lights execution Jake Disman​, and great food Dom and the staff at Rockpile Bar and Nightclub, the hottest live rock music venue in Toronto www.rockpile.ca not a simple feet by any stretch to balance a 14 solo, duo and full band evening, impeccable job making artists look and sound their best.
Keep on keeping on.  Thanks for having The Wire Megazine​ once again as a media source,
great talent, fantastic memories.